Our Mission is to help animals – and plants – thrive through the use of
innovative functional proteins that positively impact performance.

Our mission is to help animals and plants thrive through the use of innovative functional proteins that positively impact performance.

Performance: We drive to exceed expectations and make a positive impact in our organization and markets.

Entrepreneurship: We develop our business through innovation and continuous improvement.

Leadership: We take ownership, make decisions and follow through with action.

Our story began in 1981 when APC scientists discovered the powerful role plasma derived functional proteins play in helping support and maintain normal immune function in animals. With a commitment to research and a passion to improve the lives of animals, APC has since grown to become the global leader in the manufacture and sales of blood-derived functional plasma proteins and red blood cell products. Our ingredients are used in animal feed diets and other industries to add value through the unique properties that positively impact billions of animals – and plants – each year. Today APC employs 500+ people in 8 countries with 17 manufacturing facilities worldwide. Our passion to watch animals and plants thrive is at the core of our corporate mission.

Sustainable from the Beginning

We were “green” before it was cool, and we pride ourselves on that. Blood was once considered a by-product of the meat processing industry with insignificant value. Little more than 35 years ago, blood was routinely sent into wastewater systems or hauled to landfills. APC’s founders, long involved in the meat processing industry, recognized potential uses for this raw material and pioneered the spray-drying process by which value is now derived. APC has become the ultimate recycler – taking a raw material with little value and transforming it into a unique ingredient our customers count on to improve their efficiency and bottom line.

We are your global team. You can count on us to provide exceptional service and products to help your business and your animals thrive.

The agricultural community today is facing unprecedented pressure to produce for a growing global population. At APC we understand the need to work as efficiently as possible to serve a growing need. Since 1981, many innovations developed by APC have enabled producers to do what’s right for production agriculture. For APC, research and new technology is an essential pillar for innovation and a driver for growth. Our research investments, collaborative work with Universities around the world and with our customers, delivers consistent value. Whether our customers are in North or South America, Asia or Europe, our mission remains the same: helping animals thrive. 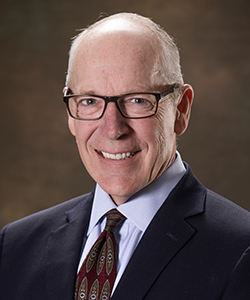 In 1916, Hans Lauridsen, an immigrant from Denmark, established the Dedham Creamery in Dedham, Iowa. For the next 32 years he oversaw the birth of a thriving business as the creamery — renamed the Lauridsen Creamery when his two sons joined him in the business — expanded into more than 10 other cities in western Iowa. By 1942, the company had outgrown its original facilities and a new, modern creamery was built in Dedham.

Hans’ son Walter (“Wally”) built the Lauridsen Creamery in Denison, Iowa, in 1954. Wally later got involved in the meatpacking industry and helped to build facilities for Iowa Beef Processors (IBP) starting with a facility in Denison. In 1970, Wally’s career shifted toward entrepreneurial ventures in the meatpacking industry with partial ownership of a pork slaughter facility in Madison, Nebraska, known as Madison Foods, and in 1975, complete ownership of a ham canning facility in Britt, Iowa, known as Lauridsen Foods. Both businesses were subsequently sold.

Wally’s son Nix joined what would become The Lauridsen Group (LGI) in 1975. Working together, Wally and Nix became interested in a range of byproducts from dairy and meat. Under Nix’s leadership, LGI continued exploring value-added products for medicine, food and animal-related industries. Today, LGI has expanded to more than 60 facilities around the
globe. Back Loading dock at the Lauridsen Creamery. Denison, Iowa, 1954 Nix and Walter Lauridsen in China. 1987

LGI’s commitment to focusing on the future and investing in research can be seen in the LGI Advancement Building — otherwise known as “The LAB.” The LAB is a state-of-the-art R&D facility in Ankeny, Iowa. Here, LGI companies incubate new ideas, develop protein-based technologies and create innovative products.

About The Lauridsen Group

The Lauridsen Group is a collection of six independent companies – each dedicated to discovering and manufacturing products to enhance health and nutrition.

Learn About Our Products APC offers spray dried plasma and red cells for use in production and companion animal applications globally. As the world’s largest manufacturer, customers can count on APC to provide the safest and highest quality ingredients used in diets today.

Use our Contact Us form to share basic information and we’ll be sure your inquiry gets to the appropriate person.

Sign up for the latest research, news and information from APC.